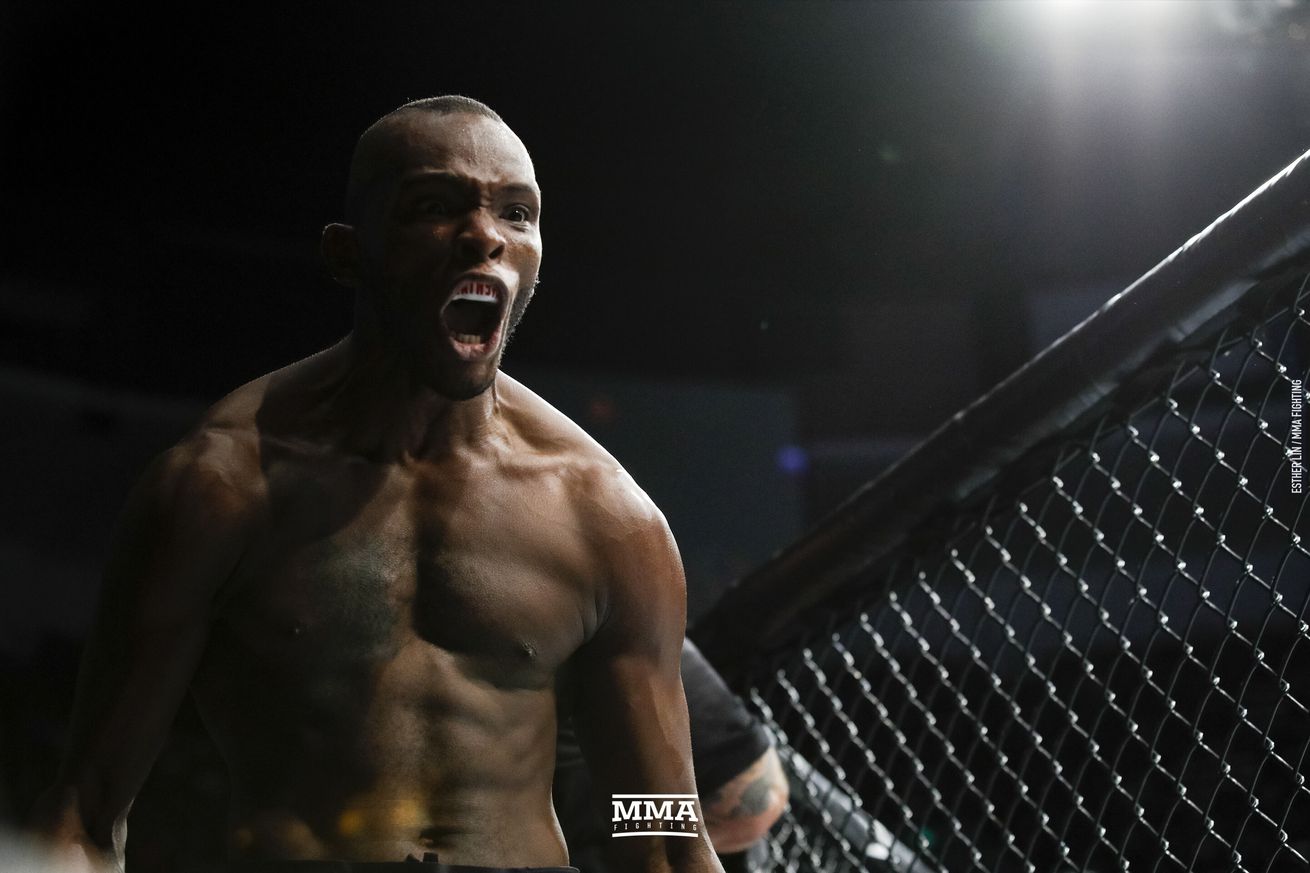 Khama Worthy is quickly becoming must see TV every time he fights in the UFC.

After making his debut with a jaw-dropping knockout that earned him a performance bonus, Worthy pulled off a nasty guillotine choke submission in the third round of his fight against Luis Pena on Saturday night to cap off the UFC on ESPN 12 prelims.

The official end time was 2:53 in the final round.

“He was tough,” Worthy said about his opponent after having his hand raised. “I knew he was going to be tough. That’s exactly why I said I wanted to fight him.”

“THE REAL ****ING DEAL!” @TheDeathstar_1 is done being an underdog!

Both fighters were quick to take to the center of the cage as they began exchanging strikes almost immediately. While Pena was able to establish a slick jab with his reach advantage, Worthy showed power behind every shot he threw.

Worthy didn’t go head hunting but instead looked to break down Pena from top to bottom including several nasty shots to the body.

In return, Pena opted to take the fight to the ground at the start of round two as he sought to make Worthy defend his arsenal of submissions. Pena nearly locked on a head and arm choke before transitioning to take the back while trying to find a home for his rear naked choke.

Just when it appeared that Worthy was in survival mode on the ground, he showed off his own submission skills just a few moments later.

As he fought off another takedown attempt, Worthy saw an opening to slip his arm underneath Pena’s chin and grab onto a modified guillotine choke. The fighters fell back to the ground with Worthy tightening his grip and the grimace on Pena’s face preceded a tap on the mat to signify the end of the fight.

Worthy is now 2-0 in the UFC with a pair of finishes on his resume already. The Pittsburgh product seems like a prospect to watch as he moves forward in his career in 2020 and beyond.

UFC on ESPN 12 video: Tanner Boser flattens Philipe Lins in one round

Sat Jun 27 , 2020
Photo by Chris Unger/Zuffa LLC Heavyweight Tanner Boser was bumped to the preliminary card at the last minute before UFC on ESPN 12. But he put on a performance worthy of a headliner. Boser caught Philipe Lins with a flurry of punches before the three-minute mark to secure his second […]